The State University of New York at Farmingdale was renovating Lehman Hall, a dormitory that had been vacant for 4 years. MEP was contracted as the minority team member to the prime engineer, and was responsible for designing the fire alarm and fire suppression sprinkler system.

MEP designed a new sprinkler system with a low profile soffit that would fit around existing structures, with additional pump to correct low water pressure issues. We rewired the alarm system to fit around the new soffit system, as reusing the existing wiring would be more costly.

Lehman Hall is a four story concrete structure consisting of 40,000 square feet of dormitory and student living areas. The building did not undergo any major renovations of any trade since its original construction.

MEP as the minority team member of the project to the prime engineer was responsible to design 100% of the fire alarm and fire suppression sprinkler system.

Sprinkler System — The building was served by a 1-1/2” sprinkler service off of the domestic water line. The garbage room at each floor (a total of four) is the only space currently protected by automatic sprinkler heads. It was reported at the time the contract was awarded that the campus water main had low pressure problems.

Fire Alarm — The existing fire alarm system of the building was out of commission at the time of our site visit. Although original to the building, the wiring routing method from the panel to the devices was unconventional. Typically the wiring ran in Romex (flexible metal conduit) casted within the walls of the building from the panel to a sidewall outlet in the room. Then carried on to the sensors located in the center of the rooms within surface mounted wire mold.

A new sprinkler service from the campus water main was deemed necessary as the existing domestic water line of the building was not large enough for a combined service.

MEP designed a fire suppression system composed of approximately 300 wall mounted and pendant heads. New hydraulic tests results of the nearby campus main revealed low pressure conditions. For that reason a fire pump design was included in addition the new 6” sprinkler service and a backflow preventer.

As a result, a low profile soffit all around the perimeter of the building was designed to enclose the sprinkler piping loop. The soffit facilitated fully recessed side wall head installation and reduced branch piping lengths. The design of the soffit demanded a great deal of coordination between MEP and the architect due to the existing extra high doors and low floor to bottom of slab height.

It was determined that reusing the existing wiring paths would be more costly due to labor than using an alternate route. Therefore, it was decided to use the proposed sprinkler soffit as a means to run most of the wiring to the devises. 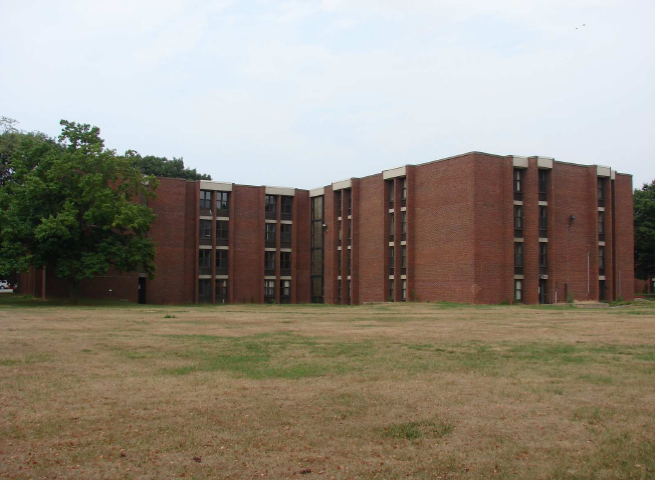 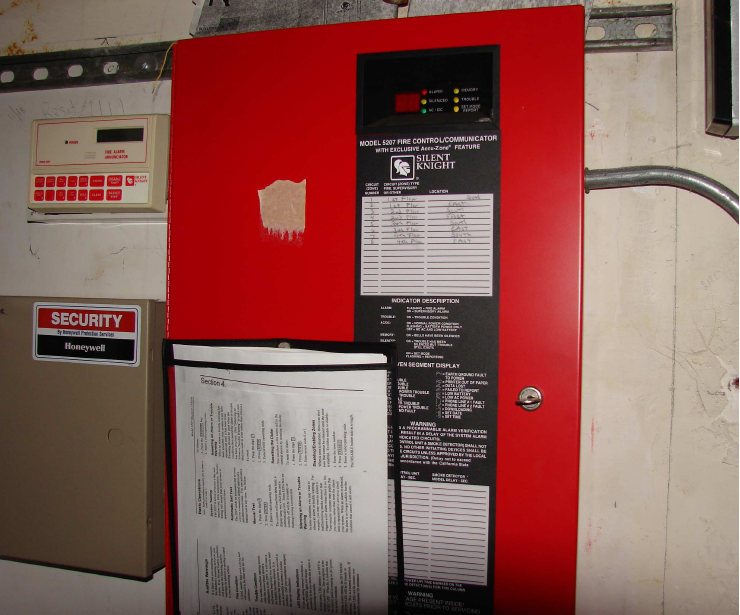 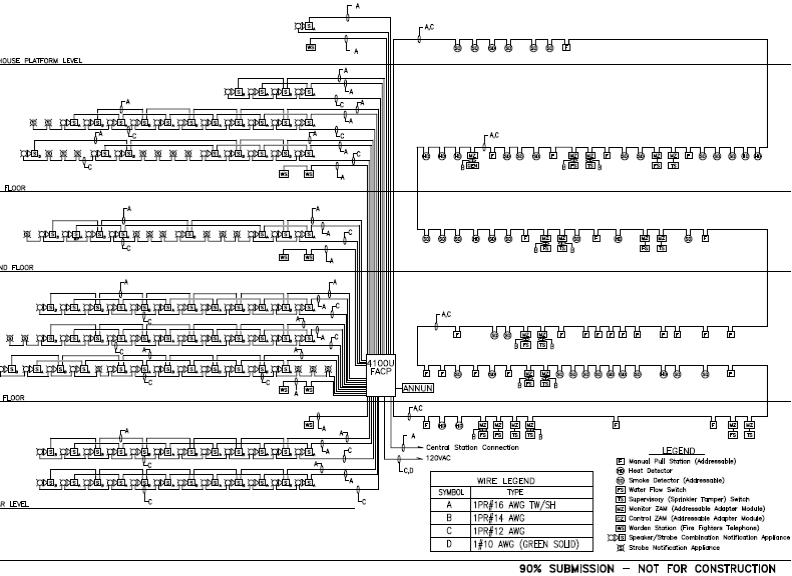