The Army Aviation Support Facility No. 1 at MacArthur Airport had an outdated HVAC system that had frequent breakdowns. Its last renovation happened 25 years prior.

MEP was brought in as the minority team member to the prime engineer, and had 4 weeks to complete the new design of the mechanical, fuel gas, specifications and control components. We met the design schedule, and the contract was awarded within budget at $540,000.

The building for Army Aviation Support Facility No. 1 is a multi-use building consisting of 50,000 s.f. of hangar-drill hall and 30,000 s.f. of office-administration areas. The last major HVAC renovation work performed in the Scope of Work Area of this project was conducted approximately 25 years prior. This project was founded by the Federal Stimulus Program and had an estimated construction cost of $550,000.

The heating system serving the hangar and drill hall areas suffered from frequent breakdown due to age related deterioration. Virtually all of the temperature controls were bypassed or field modified to be manually controlled. The system serving the hangar area was composed of two gas fired 2,500 MBH furnaces. The drill hall was served by one 700 MBH gas fired boiler, constant flow primary-secondary pump arrangement, 3-way control valves, and approximately 25 zone fan-coil units.

MEP as the minority team member of the project to the prime engineer was responsible to design 100% of the mechanical, fuel gas, specifications, and controls components. As part of the Federal Stimulus Contract, MEP was allocated four weeks to complete 100% construction documents design.

The objective of the project was to replace the existing non-functioning heating equipment with a reliable and efficient heating system to increase occupant comfort, eliminate costly recurring service calls, and increase efficiency. The client also requested to incorporate surplus equipment in our design to provide means of redundancy.

Other facility problems included the boiler shutting off during design winter days presumably on low fuel gas pressure alarm. And the boiler room’s opening to the out side for combustion and dilution air was compromised from years of alterations.

Boiler — The facility’s original paint booth room underwent a change of use to general storage and existing conditions heating load was performed. These conditions yield an overall boiler capacity reduction of 40%. Two 399 MBH boilers were designed in order to provide redundancy, each capable of carrying 60% of the current building load.

Hydronics — The existing primary-secondary pumping system was converted to a pressure dependant single loop system as a result of the revised lower loads, general building configuration, and existing piping arrangement. All of the existing 3-way (open to coil/bypass coil) valves were changed to 2-way (open/closed) valves.

The configuration of the proposed system was a good candidate to be controlled by either variable frequency motor drive pumps or by staging multiple pumps. The stage method was selected not only to reduce installation cost but to avoid complex system configurations. This simplified arrangement also matched the skill set of the facility’s in-house technicians.

Fuel Gas — The facility’s fuel gas service was comprised of a combination high and low pressure distribution system. As part of its deliverables, MEP generated a complete fuel gas as-built flow diagram for the entire facility including the aforementioned heating systems, seven rooftop units, commercial kitchen, and various domestic water heaters. Our investigations identified the source of the problem not to be pressure related but pipe size, pipe arrangement and regulator capacity in nature. Proper gas flow was reestablished with minimal piping reconfiguration and replacement of one regulator.

MEP completed the design within schedule and the contract was awarded within budget at $540,000. 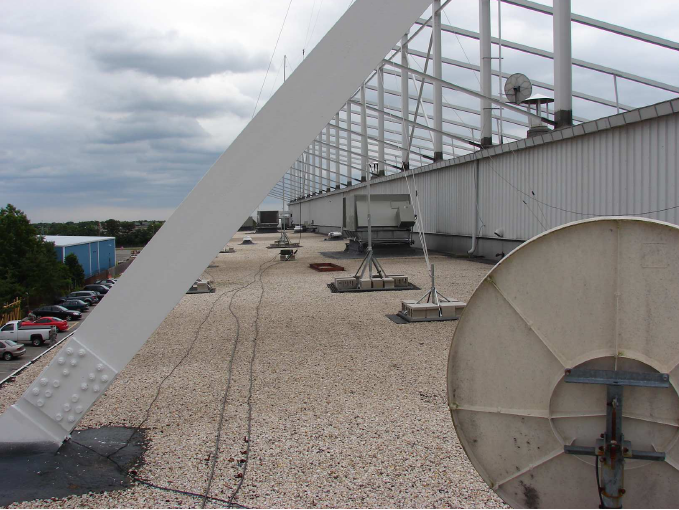 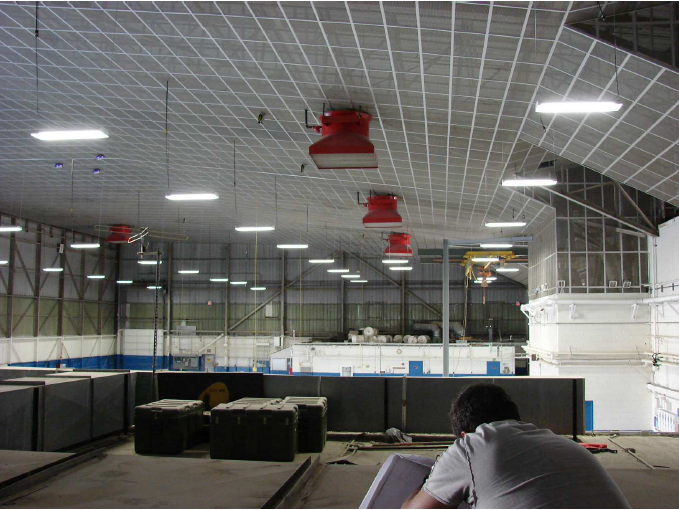 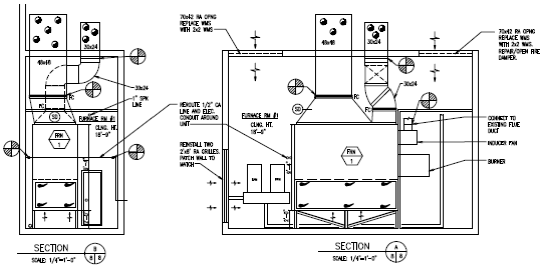 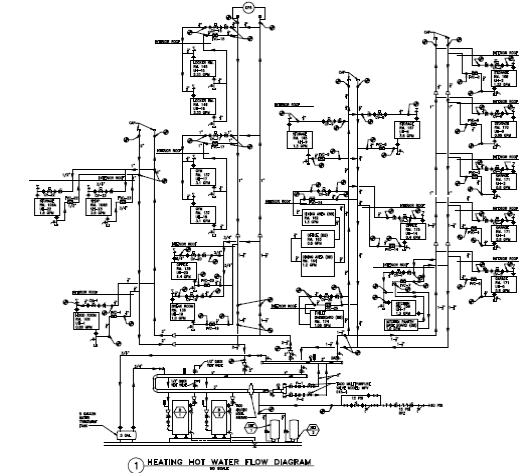