This DOT bus maintenance and administration building needed to upgrade its heating system from oil to natural gas. MEP was called in as the Minority team member to be the lead that analyzed the current system and designed a new one.

MEP recommended repairs or replacements to the facility’s heating equipment so that the system would remain efficient and functional for its expected service life. We also designed a system of redundant boilers, pressure-dependent heating pumps, infrared heaters, and gas piping to maximize efficiency and limit down time.

The building for the Syosset DOT facility is located in Nassau County and is approximately 34,000 S.F. Erected in the early 1980’s the building is a single story structure consisting of areas for general administrative office, working fabrication shops, vehicle maintenance bays, and general storage.

The heating system serving the truck bays were composed oil fired furnaces and hot water fan coils and suffered from frequent breakdown due to age related deterioration. Finned tube radiators served the administration areas from a 7 oil fired modular boiler arrangement which had reached the end of its useful service life.

MEP as the minority team member of the project to the prime consultant was responsible to design 100% of the infrared heating systems, fuel gas service and piping, specifications, and controls components.

Boiler — The facility’s original modular boiler plant was replaced with two 399 MBH boilers in order to provide redundancy, each capable of carrying 60% of the current building load. The boiler room was brought up to code in order to meet minimum combustion air intake including controls.

Hydronics — The existing heating pumps were replaced and converted to a pressure dependant system. A domestic hot water pump was provided to serve a new instantaneous domestic water heater.

Fuel Gas — A new gas service was brought to the facility and a gas train provided. Approximately 1,500 of gas piping were installed throughout the building to serve the infrared heaters and boiler plant. Provisions were also made to facilitate the conversion of existing rooftop equipment from electric heat at a later date. MEP generated a complete fuel gas design documents.

MEP completed the design within schedule and the contract was awarded within budget at $485,000. 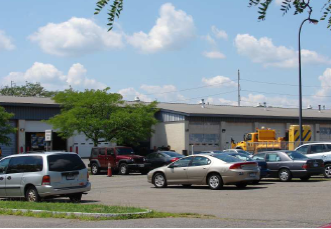 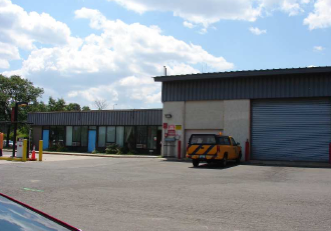