This 24-7 bus depot, built in the late 1960s and upgraded in the late 1990’s, was operating with huge energy inefficiencies. The upgraded building management system was inoperable, and most of the equipment was only manually operable.

MEP redesigned each of the mechanical, electrical, fire, plumbing and energy systems to increase efficiency, reduce cost, and where possible, to reuse and retrofit existing systems. We estimated all of the recommended systems upgrades would not only work more efficiently but also yield an overall average payback of 5 years or less.

The building consists of nearly half a million square feet of conditioned space and was erected in 1968. The four story structure accommodates the maintenance, parts storage, washing, painting, and parking for some 375 buses and office areas for about sixty administrative personnel.

MJ Quill is a 24/7 facility and it functions as a staging area for the driving personnel as they rotate shifts. Personnel’s amenities are composed of a commercial kitchen, dining/entertainment area, lockers, gymnasium and showers.

Ventilation system — The depot’s maintenance and parking area are predominantly served by fifty two 100% outdoor air – constant speed blower heating and ventilation units each ranging from 10,000-15,000 CFM in size and a matched capacity and quantity of exhaust fans. All of the 3-way control valves were tampered locked to deliver 100% water flow to coil as a result of the actuator being inoperable. The automatic outdoor air intake dampers in all units were locked in the open position due to corrosion as a result of the depot being located within close proximity of the ocean causing coils to occasional freeze.

Fire Alarm & Building Management System — The BMS portion of the combination fire alarm and BMS was decommissioned after ten years of service in 2008. As a result, all of the heating, ventilation and air-conditioning unit’s automation was lost.

Boilers — Three 750 boiler horse power fire tube dual fuel boilers serves the building’s heating equipment. The boilers were installed in 1998 but their lead-lag controls were no longer operable and local controls replacement components were no longer available. As a result the boiler’s output water temperature adjustment and staging of the boilers was accomplished manually by the depot’s staff.

Compressors — The repair facilities and paint equipment were supplied by two 50 HP compressors (one standby). One compressor was energized from normal power and other by emergency power.

Energy savings was the driving force behind this major renovation project. The building’s mechanical and building management controls system (BMS) were retrofitted in 1998, but by 2008 most of the equipment was manually operated and the BMS inoperable. This is nearly half of the expected equipment service life.

Ventilation System — All units including ones serving the administration areas are proposed to be retrofitted with new temperature and actuating controls. The outdoor air damper was called to be replaced with an aluminum equivalent. A CO2 and NOx demand based variable flow ventilation system was proposed in order to control all parking and maintenance H&V units. As a result the H&V units were called to be equipped with variable frequency drives and the blower motors replaced with inverter duty equivalents. The implementation of this measure was calculated to yield a payback of 5 years or less.

Fire Alarm & Building Management System — With ease of maintenance in mind, the BMS system proposed was a Lon-works based that facilitates the replacement of components in a cartridge-like fashion. This required the existing BMS system to be dissected from the digital-loop combination fire alarm / BMS in order to be properly decommissioned. Integration design of fire alarm shutdown and smoke purge signals were critical to the implementation of the new BMS system. The new BMS system would be capable of controlling all demand controls ventilation functions and monitor boiler central plant operation. The implementation of this measure was calculated to yield a payback of 7 years or less.

Hot Water Distribution Plant — The two main pumps were proposed to be reduced in size from 100 HP to 80 HP as a result of actual system demand measurements and be equipped with variable frequency drives. A new variable flow control matrix was devised to modulate pumps based on return water temperature. The pumps would be directly controlled by the new boiler master control panel. The majority of the H&V control valves were proposed to be replaced with two-way valves. The implementation of this measure would equip the facility with new pumps and was calculated to yield a payback of 5 years or less.

Compressors — As a result of taking actual demand readings the design specified the two compressors to be replaced with three 15 HP compressors, provide an additional receiver tank, mist eliminator and breathing air apparatus. Concept allowed for all compressors to be fed from emergency power and provide the required redundancy. The implementation of this measure would equip the facility with a new state of the art compressed air plant and was calculated to yield a payback of 6 years or less.

Tailpipe Exhaust — The eight exhaust blower are specified to be replaced with inverter duty motors and equipped with a combination pressure & hose reel activation packaged control panel that modulates exhaust CFM via a variable frequency drive. The thirty two hose reels were designed to be replaced with new ones equipped with dampers and switches that are integrated with the system controller. The implementation of this measure would equip the facility with a variable tailpipe exhaust system and was calculated to yield a payback of 3 years or less.

The construction cost for the project is estimated at $6.5 million. 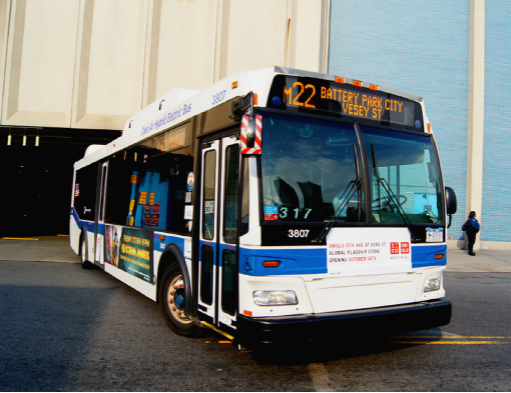