Montefiore Medical Center’s needed a full renovation of its ophthalmology suite. The suite was undergoing a change of use, and its antiquated systems required a complete overhaul to incorporate energy efficiency and modernized fire suppression systems.

MEP retrofitted the existing HVAC system to include a temperature control system, upgraded the electrical system to handle the new power needs, and designed new sprinkler and plumbing systems to accommodate the new space design. 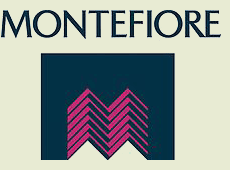 Montefiore Medical Center, North Division, the former Our Lady of Mercy Medical Center, consists of 369 inpatients beds, 7 operating rooms and is operated by more than 500 physicians with 2000 supporting staff. The healthcare
complex is composed of several adjoining buildings of one to seven stories in height. This project is located on the third floor of the Terence Cardinal Cooke Pavilion building (approximately a total of 300,000 s.f. in size).

The scope of work for this project consisted of a complete floor renovation of approximately 5,700 s.f. The floor was designed to accommodate new exam rooms (12), soiled holding, mechanical rooms, waiting areas, two restrooms, a toilet room, offices, an employee lounge and a reception area. The space was mechanically served by steam radiators and window mounted air conditioning units. The objective of this project was to modernize all MEP and fire suppression trades for the entire floor as well as providing a new central air conditioning system. The newly renovated space was rewired for power, lighting and emergency lighting systems.

MEP Engineering as the prime consultants of the project was responsible to design 100% of the mechanical, plumbing, electrical and sprinkler alteration construction documents.

The space underwent a complete change of use. Therefore, all of the mep services were virtually completely removed. As such, filing with the Department of Health and NYC Building Department was required. And administration of filing and compliance with 10 NYCRR Section 711 and all pertinent technical standards was included under the scope of MEP’s services.

Sprinkler — A site visit determined that the water feed had to be upgraded to the current standards required for a combined sprinkler standpipe system. The building program required the entire floor to be sprinklered. This project called for the design of a complete new fire suppression sprinkler system. A 3” loop system was recommended for this project as it is easily balanced. Sprinkler floor control valve stations were provided at each floor. MEP Engineering designed a fire suppression system composed of approximately 80 ceiling/wall mounted and pendant heads The design of the system was in conformance with the NYC Building Code, NYC Fire Code, and NFPA-13 Sprinkler Code.

HVAC — A site investigation revealed that the buildings structural members would make it difficult to interconnect ductwork coming from both wings of this floor up to rooftop units. Therefore, a conventional air condoning system was deemed not feasible for this project. After reviewing the Architect’s proposed plans MEP Engineering determined that there was not much viable room to work with in trying to configure and implement a central air conditioning system.

After experimenting with a number of different options, MEP Engineering ascertained that the only viable option would be to design a fan coil unit system to complement the existing infrastructure. A dedicated exhaust for the mechanical rooms and restrooms was provided. A control valve was added to each radiator unit, along with new thermostats to accurately monitor temperature.

MEP Engineering designed a new distribution system consisting of 20 fan coil units, ranging from 7,500 to 24,000 BTU, 4 air cooled condensing units, ranging from 3 to 8 tons and 2 make-up air units, of 900 and 1,300 CFM, in compliance with AIA and NYC Building Code.

Plumbing — The design called for two new ADA compliant restrooms, a toilet room and countersinks in the exam rooms comprised for a total of 30 plumbing fixtures. A new plumbing layout was designed and interconnected to the existing piping plan.

Electrical — The ophthalmology suite is provided with a 3 phase, 4 wire, 120/208 volt AC system. There are two existing panels which provided power for lighting and power circuits for the prior space. The addition of the new air conditioning system and examination room equipment required additional power to be brought to the floor to handle the new loads. A new feeder was run from the Electrical Distribution Switchboard located in the First Floor South Electrical Switchgear Room to a new Mechanical Room in the ophthalmology suite. The two existing panels were reused to reefed power to the new lighting and receptacles associated with the new layout. The new panel provided the additional power to support the new air conditioning system as well as the examination room equipment.

MEP completed the design within schedule and the project was filed with both the Department of Health and NYC Department of Buildings. 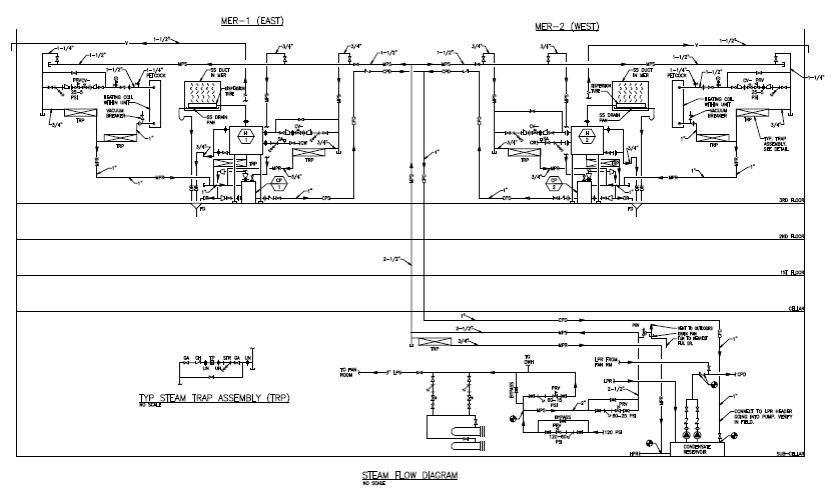 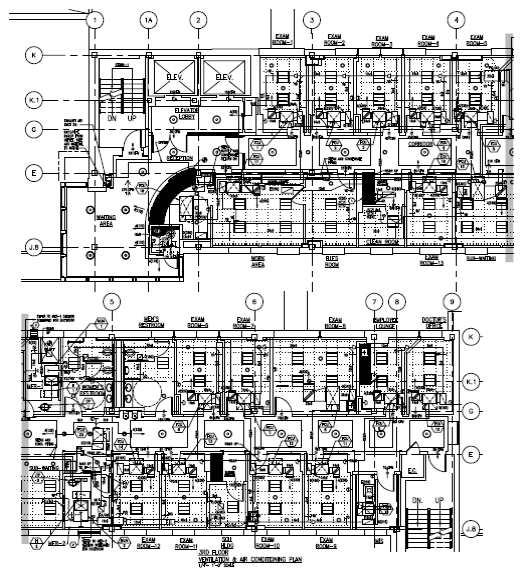 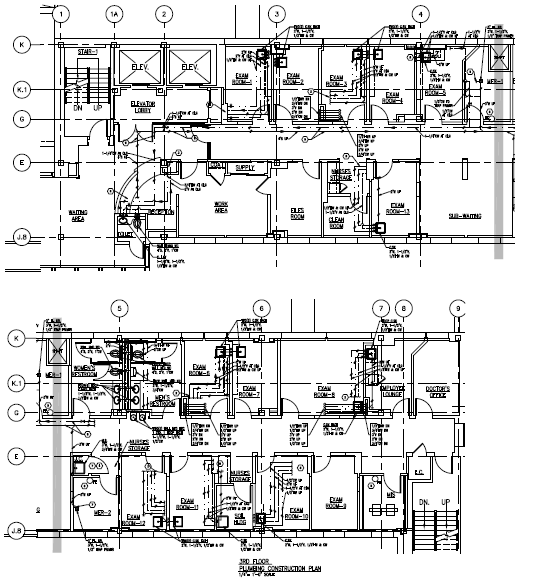