As the project’s Commissioning Agent (Cx), MEP uncovered numerous discrepancies, equipment malfunctions, calibration issues, and programming glitches. Within five days, MEP was able to resolve the issues in collaboration with all contractors and the building engineering staff.

The Los Angeles Unified School District (LAUSD) Headquarters’ building, also known as the Beaudry Building, is located in downtown Los Angeles, California. LAUSD is the second largest school district in the nation and enrolls more than 650,000 students in over 1,000 schools.

The rectangular tower is 29 stories high and accommodates over 3,400 employees in its 928,000 square feet of office space. The building was estimated at $154 million at the time of the project.

The installation of the HVAC and BMS equipment was completed in 2006 and required to be commissioned.

MEP Engineering’s principal, Mr. German Chaikin, P.E., was assigned to be the commissioning agent (Cx) for the project. As the Cx of the project, Mr. Chaikin produced the commissioning matrix, schedule and human resource protocol to be utilized during the live equipment performance exercise. A mechanical engineer and an electrical engineer were members of Mr. Chaikin’s team during the equipment performance exercise.

The collaboration of all parties involved eased the commissioning process and all of the issues were rectified to the satisfaction of Mr. Chaikin. The project was delivered to LAUSD on the targeted scheduled date. 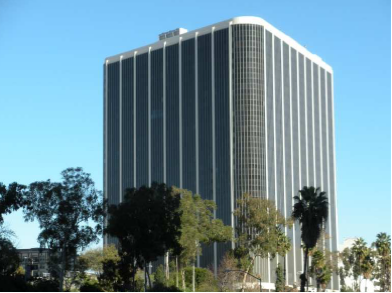